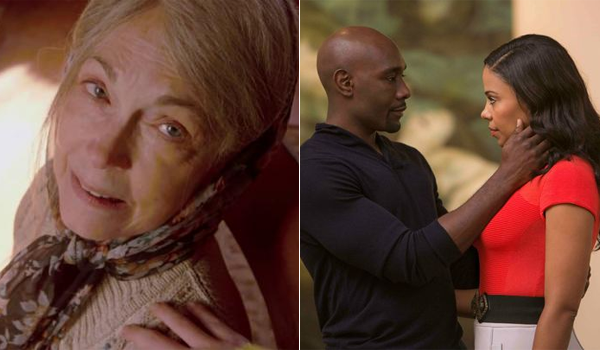 This weekend sees the opening of two new wide releases. Which will come out on top?

90 Minutes In Heaven will also receive a moderate release this weekend.

- Social media chatter has been generally positive over the past few weeks.
- In a year lacking horror breakouts at the box office, could a team-up between M. Night Shyamalan and Jason Blum be the one to do it?

- Counter-programming with this type of film worked relatively well in the past for films like No Good Deed and The Boy Next Door.
- Twitter and Facebook growth are healthy.

- Opening immediately after a holiday weekend could prove unwise.
- Flixster growth hasn't impressed as much as No Good Deed did.

BoxOffice is projecting a $64.6 million tally among this weekend's top ten films. That would mark a 12 percent drop from the same post-Labor Day weekend last year, which totaled $73.3 million as No Good Deed and Dolphin Tale 2 opened in the top two spots, respectively.

Check out our complete forecast in the table below.

Tags: predictions, The Visit, The Perfect Guy, 90 Minutes In Heaven